New Westminster Little League is the 2018 District 6 Major Champions for the fourth year in a row!

The boys had a very difficult schedule with no days off during the round robin. The team went 4-0 with a win over Richmond 10-0. The second game showed the teams true character and had unbelievable come from behind victory losing 6-0 only to come back won 9-6. The third game was another comeback win over TL down 5-2 and rallying to win 6-5. The last game the bats were hot and defeated Hastings 14-1.

In the playoff round the very next day NW defeated Hastings 8-4 to set up a final against SV. Since NW went undefeated in round robin the team had to be beaten twice. Unfortunately NW lost a very well pitched game on both sides 2-1.

That set up a Winner take all final game again vs SV. The boys stormed out to a quick 3-0 lead. SV chipped away and tied the game at 3-3. In the final inning NW doubled home the winning run from first base to sent the boys to the BC LL Provincials in Trail B.C. 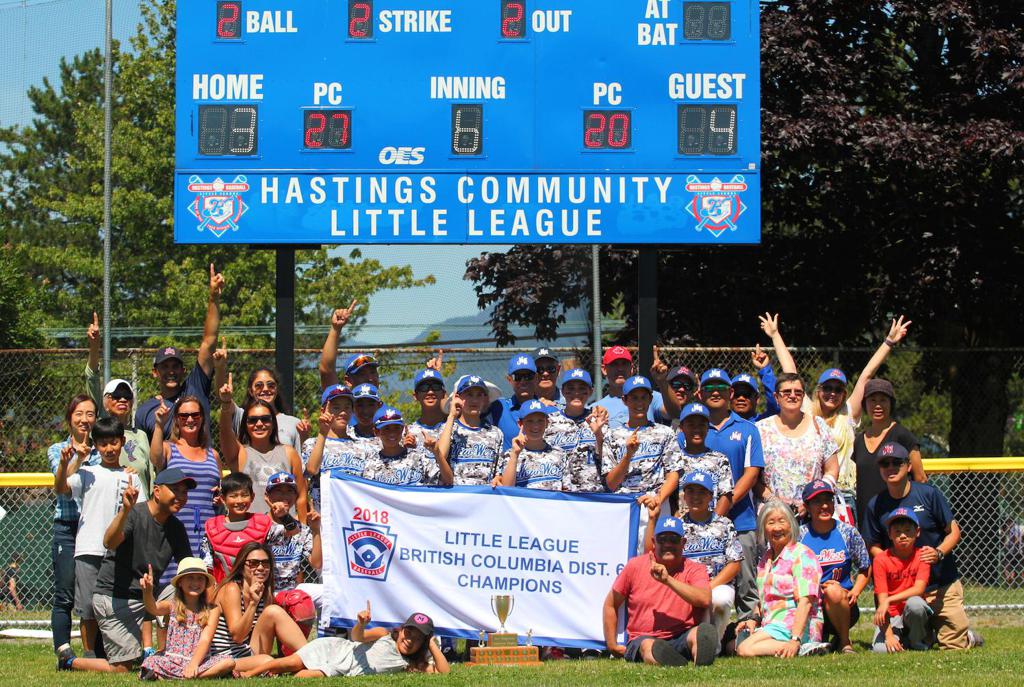